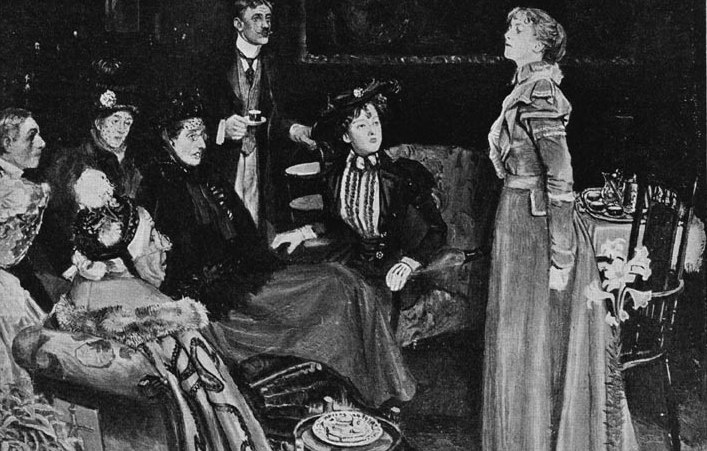 Leslie Printice was a young widow in New York City when she first became active in the pro-life movement. A member of Gardiner Spring’s congregation at the prominent Brick Presbyterian Church, she was encouraged by his sermons on child-killing to take a bold and active stand.

She organized several meetings in her midtown Manhattan brownstone of doctors, lawyers, politicians, judges, and community leaders to hear the facts about the abortion trade. Under the auspices of the church she set up the New York Parent and Child Committee. The committee established prayer networks, sidewalk counseling shifts, and even alternative care programs with Christian doctors. It also organized regular protests in front of Anna Lohman’s five area abortion franchises–known professionally as Madame Restell, Lohman was the boldest, richest, and most visible child-killer.

Tenacious and unrelenting, Leslie led a rally outside Lohman’s lavish home on this day that was by turns emotional, physical, and fierce. When Lohman went to trial for the first time the next year, Leslie was there–despite innumerable threats on her life from a number of the gangsters on Lohman’s payroll–to testify with several children “saved from the butcher’s knife.”

Nearly half a century later, her efforts were recognized in Albany by Governor Theodore Roosevelt as the primary catalyst for the state’s tougher legislation and stiffer enforcement of protections for the essential right to life of all New Yorkers.