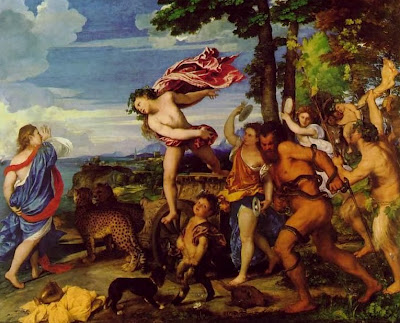 Dante Alighieri’s world was fraught with dissention, confusion, and disarray.  Caught between two worldviews—the glorious worldview of fading Christendom and the deleterious worldview of emerging Renaissance—Dante (1265-1290) was in a very real sense a man out of time.

The remarkable explosion of wealth, knowledge, and technology that occurred during the late Medieval period leading up to the Renaissance completely reshaped human society.  No institution was left untouched.  Families were transformed from mere digits within the larger baronial or communal clan into nuclear societies in and of themselves.  Local communities were shaken from their sleepy timidity and thrust into the hustle bustle of mercantilism and urbanization.  The church was rocked by the convulsions of ecclesiastical scandal. Kingdoms, fiefs, baronies, and principalities began to take the torturous path toward becoming modern nation states.

Such revolutionary changes were not without cost.  Ultimately, the cost to Christian civilization—both East and West—was devastating.  Immorality and corruption ran rampant.  Disparity between rich and poor became endemic.  Ruthless and petty wars multiplied beyond number.

Despite its many advances in art, music, medicine, science, and technology, the days leading up to the Renaissance were essentially marked by nostalgic revivals of ancient pagan ideals and values.  The dominating ideas of the times were classical humanism and antinomian individualism.  Taking their cues primarily from ancient Greece and Rome, the most prominent leaders of the epoch were not so much interested in the Christian notion of progress as they were in the heathen ideal of innocence.  Thus, they dispatched the Christian consensus it had wrought with enervating aplomb.  They threw the baby out with the bath.  Nothing was sacred any longer.  Everything—every thought, word, and deed, every tradition, institution and relationship—was redefined.

No society can long stand without some ruling set of principles, some overriding values, or some ethical standard.  Thus, when the men and women of high Medievalism gradually began to throw off Christian mores, they necessarily went casting about for a suitable alternative.  And so, Greek and Roman thought was exhumed from the ancient sarcophagus of paganism.  Aristotle, Plato, and Pythagoras were dusted off, dressed up, and rehabilitated as the newly tenured voices of wisdom.  Cicero, Seneca, and Herodotus were raised from the philosophical crypt and made to march to the tune of a new era.

Every forum, every arena, and every aspect of life began to reflect this newfound fascination with the pre-Christian past.  Art, architecture, music, drama, literature, and every other form of popular culture began to portray the themes of classical humanism, pregnable naturalism, and antinomian individualism.  A complete reversion took place.  Virtually all the great Christian advances that the Medieval era brought were lost in just a few short decades.

It was in that sort of atmosphere that Dante began writing his masterpiece, Inferno, the first volume of The Divine Comedy, on this day in 1302.