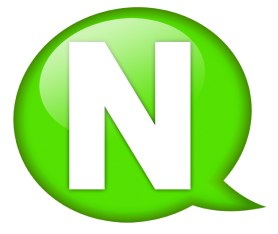 Naftathoughts:  Lingering doubts about the economic and cultural benefits of the North American Free Trade Agreements.

Namenesia: Inexplicably forgetting the name of someone you know very well.

Narceclessia: A sleep disorder that afflicts modern Christians causing cultural detachment and irrelevance in times of grave societal danger; the church asleep in the light.

Nefariography: A biography of a notorious villain; the opposite of Hagiography.

Negalicious: Distasteful, nasty, and disgusting; the opposite of delicious and nutritious; American fast food.

Nehemiad: A bold declaration of encouragement, blessing, and optimism; the opposite of a woeful Jeremiad.

Nephitism: The bizarre historiographical and sociological claims of Mormonism that underlie its equally bizarre cultus.

Nerb: A noun misappropriated in a sentence as a verb.

Newsertainment:  The reduction of broadcast and cable television news to mere entertainment.