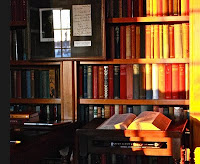 By all accounts, the very first catechism—a manual ofChristian doctrine drawn up in the form of questions and answers for thepurpose of  instruction in thefaith—was compiled by the English scholar Alcuin sometime in the 8thcentury.  It was followed in thenext 100 years by many others, among them those of Notker Labeo, monk of theAbbey of Saint Gall, in Switzerland, and of the German monk Otfried ofWeissenburg in Alsace. Nevertheless, catechisms remained relatively rare until the time of theReformation.
Because of Martin Luther’s insistence on the religiousinstruction of children, the venerable tradition of the catechism wasrevived—indeed catechisms became one of the distinctives of Reformation renewal.After Luther published his first little primer of religion, A BriefExplanation of the Ten Commandments, the Creed, and the Lord’s Prayer in1520, several other catechisms were prepared by leading Protestant theologians.Luther’s visitation of the Saxon churches in 1528 led him to prepare his Largerand Smaller Catechisms the following year.
The Swiss, English, Dutch, and Scottish Reformed also madewide use of catechisms—and a number were published in the 16thcentury. The most noteworthy were the Geneva and Heidelberg catechisms, andthose of the German theologian Johannes Oecolampadius of Basel.  The Swiss reformer Heinrich Bullingerproduced a catechism in Zürich in 1555. Likewise, John Calvin produced catechismsfor the church in Geneva.  The SmallerCatechism was published in French in 1536 while the Larger Catechismappeared in 1541—both of which were translated into various languages, andbecame an acknowledged standard of the Reformed churches.
The Heidelberg, orPalatinate, catechism was compiled in Heidelberg by the German theologiansCaspar Olevianus and Zacharias Ursinus, at the request of the Elector FrederickIII of the Palatinate. It was published in 1563 and was translated into all thelanguages of Europe. It became the standard of the Dutch and German Reformedchurches of America. Soon, even the Roman Catholic church, began producingcatechisms—the first was prepared by the Council of Trent and published in1566.
The Larger and Shorter Catechisms, which, withthe Westminster Confession of Faith, became the standard catechisms ofthe Presbyterian churches throughout the countries of the former British Empirewere compiled by the Assembly of Divines at Westminster between 1645 and1652.  The very familiar ShorterCatechism opens with the words, “What is the chief end of man?  Man’s chief end is to glorify God andenjoy him forever.”
Amazingly, this little didactic device became the means bywhich the very foundations of Western culture were reshaped.  As Samuel Johnson asserted, “The littlequestions and answers of the catechisms afford us a glimpse at the innerframework of the Western view of the world.”