The radical Senate Dems are veering into an election year danger zone with their push to lift all regulations and restrictions on the multi-billion dollar a year abortion industry. They want to restrict and regulate just about everything else in sight–but when it comes to serious surgeries for late term child-killing, they want to avert their gaze while defending the indefensible. …

END_OF_DOCUMENT_TOKEN_TO_BE_REPLACED

“Woe to those who draw iniquity with cords of falsehood, who draw sin as with cart ropes, who say: “Let him be quick, let him speed his work that we may see it; let the counsel of the Holy One of Israel draw near, and let it come, that we may know it!” Woe to those who call evil good and good evil, who put darkness for light and light …

END_OF_DOCUMENT_TOKEN_TO_BE_REPLACED 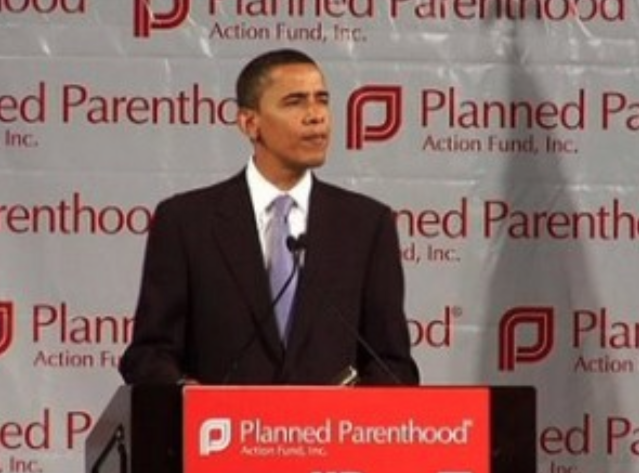 In the video, an actress posing as a 15-year-old girl goes to the Midtown Planned Parenthood for STD testing, after which she asks in a very general way whether she can talk to someone. The staffer, who had been processing her STD paperwork, agreed to answer her questions.

“I just have some questions about, like, sex, to be honest,” the girl begins. She tells the staffer that her boyfriend had suggested “role play” to her, and asks whether that was normal.

The staffer reassures her that it is, and explains, “People dress up … cowboys and Indians type things. Or, a nurse, and he would be, like, a nurse, or you could be the maid, and he would be some rich guy, and dressed all fancy. You try to seduce him. Or, you could be a dom, a dominatrix-type person, where you dress in all leather, or something, with the whips and handcuffs.”

The staffer then goes on to tell graphic stories about her own sex life (these are thankfully edited out of the publicly available video. She even asserts that the girl “needs” to read the contemptible “Fifty Shades of Grey” novel.
Once again: your tax dollars at work.

This past November, as part of Australian TV’s “Festival of Dangerous Ideas,” an episode was broadcast from the Sydney Opera House. Peter Hitchens, the lone conservative and Christian amongst a panel and audience of “progressives,” was laughed at, mocked, and pilloried for an hour. At the end of the broadcast, the panelists were asked: “Which of the so-called dangerous ideas …

END_OF_DOCUMENT_TOKEN_TO_BE_REPLACED

The Vatican’s chief justice has asserted what Christians in America have long understood: President Obama’s policies, domestic and foreign, are hostile toward Christianity and Christian civilization. In an interview with Polonia Christiana Magazine, Cardinal Raymond Burke affirmed the all too obvious reality that Obama “promotes anti-life and anti-family policies.” “It is true that the policies of the president of the United …

END_OF_DOCUMENT_TOKEN_TO_BE_REPLACED

This morning, in preparation for a day of writing, I reread the journal I kept during a trip to Iraq in 2003.  It was quite the adventure–in every conceivable sense of that word.I was struck by my last entry in the journal, written as our team was safely headed home:“According to Hebrews, faith is assurance and conviction. But faithfulness is …

END_OF_DOCUMENT_TOKEN_TO_BE_REPLACED

According to Peter Ferrara in Forbes magazine, “Economically, Barack Obama could very well be America’s worst president ever.”  Indeed, under his administration real GDP growth has actually been less than half as much as the worst of any president in the last 60 years. “In other words,” says Ferrara, “even if you doubled actual GDP growth under President Obama, it would …

END_OF_DOCUMENT_TOKEN_TO_BE_REPLACED

In 1965, Billy Graham was working on his book “World Aflame.” He had just finished a chapter vividly describing the sinful conditions in America, and gave it to his wife to read. Ruth was sobered by the writing and returned the document to the study where he was writing and laid it on his desk, saying, “Billy, if God doesn’t …

END_OF_DOCUMENT_TOKEN_TO_BE_REPLACED

You know things are bad when your own family starts to turn on you. But of course, most of us have known things were bad since the start of Barack Obama’s presidency. Now, Obama’s second cousin, Dr. Milton Wolf, a board-certified diagnostic radiologist from Kansas, puts into words what most of America has long been thinking:“Barack Obama is the worst president in …

END_OF_DOCUMENT_TOKEN_TO_BE_REPLACED

The historical origins of Mardi Gras are much debated, but many of its traditions seem to have their roots in early Celtic Christian rituals in ancient Gaul, Ireland, and Scotland—which, in turn, seem to have even earlier Greek and Egyptian antecedents.Mardi Gras, or Fat Tuesday, is a celebration of life’s excesses before the austere self-sacrifices of the Christian season of …

END_OF_DOCUMENT_TOKEN_TO_BE_REPLACED

According to Facebook, that iridescent, omnipresent gay rainbow none of us seem to be able to escape these days (even on sports radio, the NFL Network, or NBC’s Winter Olympics coverage) now boasts more than fifty shades of ummm, different. The social-networking behemoth’s 1.2 billion users can now customize their profile “gender” to something more granular than the two previous—and …

END_OF_DOCUMENT_TOKEN_TO_BE_REPLACED

Business consultants are fond of creating metaphors to describe the common human dynamics and leadership dilemmas that all companies, organizations, and societies face at one time or another. Thus, they talk about frogs in the kettle, flies in the ointment, straw on camel’s backs, bulls in china shops, lead dogs, mule trains, hundredth monkeys, and tipping points. There are water …

END_OF_DOCUMENT_TOKEN_TO_BE_REPLACED

According to a report from The New American, the Bill and Melinda Gates Foundation is taking fire from human rights advocates for funding and promoting the most recent form of the controversial contraceptive drug, Depo Provera.  Following in the Eugenic footsteps of Planned Parenthood, the Gates Foundation’s advocacy of the deadly drug is particularly aimed at women in Africa and …